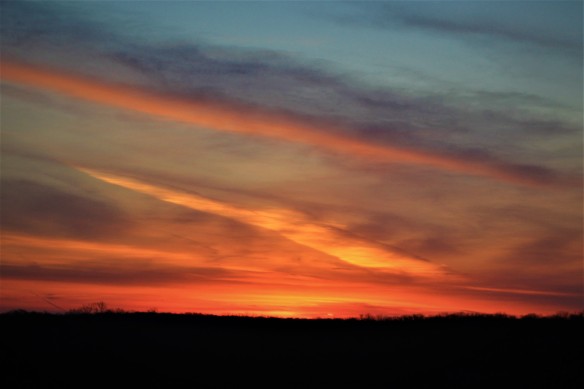 Wake up ! Not just to sunrises, but to the injustices and corruption taking place in DC and other governments. To the violence and poverty in Chile, Haiti, Brazil and beyond. To the ravages of war all across the globe. The abuse of the elderly, the weak and the little ones. Global warming (regardless of the causes). The loss of human rights in many countries and cities. Greed which knows no boundaries. Poverty.

Also, wake up to the many wonderful people and acts of kindness and generosity taking place throughout the world. People ignoring old prejudices and bringing about harmony. Pulling someone out from the gutter. Speaking up for shared and well-grounded values. Loving one another regardless of differences. Honoring God. Putting others before self.

We must be aware of what is going on around us and become agents for change. We can all make a positive difference. Watch another sunshine and wake up to another day full of opportunities. Certainly challenges await, but as Winston Churchill stated, “Never, ever give up”. Defeat is not inevitable. Victories in so many areas will and are being won.

Bless as you have been blessed. I certainly have been. I seek forgiveness for not doing more, but I still have more life to live to make amends. Pressing on. 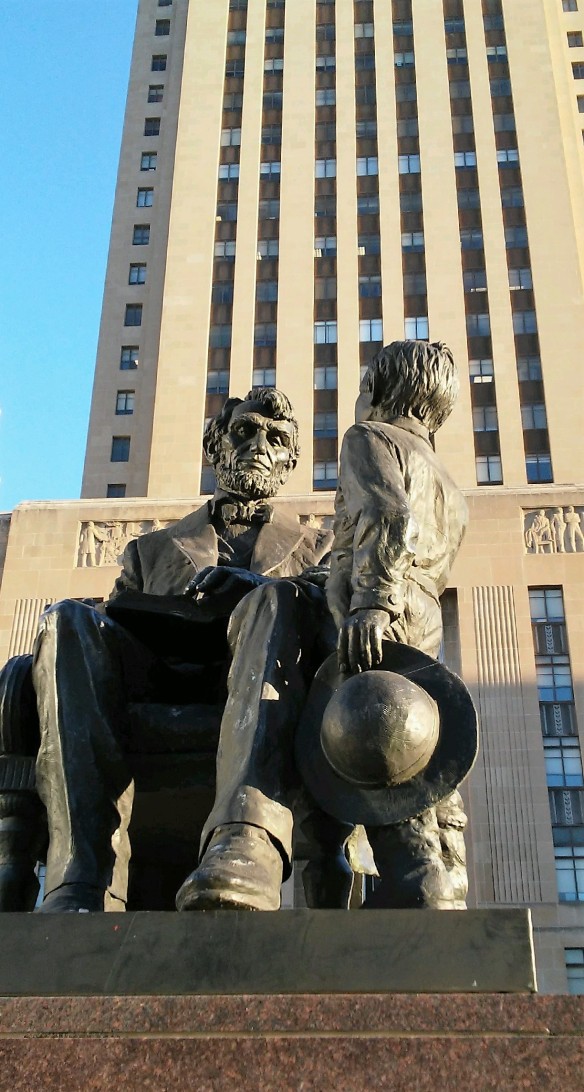 Last week I made a visit to city hall in downtown Kansas City, Missouri. As I waited for the guards to let me in (I arrived early), I studied this bronze statue located near the base of the stairs which lead up to south entrance of this government building. Erected in 1937, the architecture of this building-with its motifs and decorative metal-can best be described as a late form of Art Deco. It stands opposite the main courthouse which consists of the same materials and style, but has a flair all it own.

The sun was slowly working its way upward as the statue was being illuminated from the east. The man sitting is Abraham Lincoln, sixteenth president of the United States of America. The boy is his youngest son, Tad, who was adored by his father. Tad was twelve years old when his father was assassinated. The Lincolns had much personal tragedy in  their family. In addition to the trials within his own household, Abe, as he was affectionately called, lead our nation through the bloody Civil War (1861-1865) which cost both sides over 600,000 lives and double that amount wounded and maimed.

It is fitting to have the statue of this great man in front of a government building…the very government he sought to preserve as one entity over the course of those long, difficult war years. The stress had to be immense, but he persevered and kept the nation united. In addition, Abe was called the Great Emancipator as he pushed forth the Emancipation Proclamation which ended slavery-first in the District of Columbia, and then across our country. Almost four million indentured people of color were eventually liberated from the curse of slavery in America. The effect of this act was not immediate, but it did set the wheels of justice in motion. Although there is still much to do to bring equality to all people, this proclamation is a bedrock for generations to come.

I believe each of us is put on this earth for a reason. I don’t claim to know what those reasons are most of the time, but in Lincoln’s case, it seems obvious to me. If you study his life-how he overcame so many political defeats and personal tragedies-he still became the the president of the United States of America at a very precarious juncture in our history. His strong faith in God which is often downplayed, was the force that kept him from wavering when he should have fallen from exhaustion and remorse. His ability to keep America united and to began the end of slavery cannot be overstated. It appears that once he achieved these two victories, his life was ended by an assassin’s bullet. He paid dearly for the welfare of our country and what he deeply believed in.

We need another Abraham Lincoln. And we need him now.