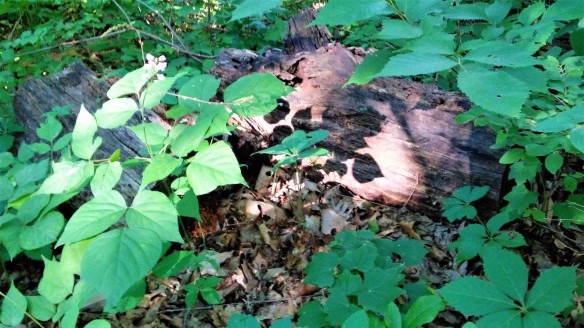 I hiked in a nearby wooded park yesterday morning. Using my cell phone’s camera, I captured several images of nature’s creation. Besides the vibrant colored wild flowers and insects, this particular image grabbed my attention. The play of the sun sifting through the thick canopy of trees created all manner of shadows. In this case the dead wood provided the perfect screen for the leaves to project their shadow upon.

I didn’t linger as I was walking for enjoyment as well as for exercise. I have thought about shadows since I took this photograph. Wherever there is light, there will be a shadow. When I was atop a 12,000 ft. mountain in the Rockies several years ago, I recall these giant clouds rolling overhead at a very fast rate. Yet, their shadows seemed so small when blanketing the terrain. I recall feeling so insignificant in comparison. Nature has a way of putting our lives in proper perspective.

Shadows can’t always be trusted because they don’t always reveal accurately the very essence of the thing being illuminated. They can become quite distorted depending on the angle of light and the screen they are displayed on. 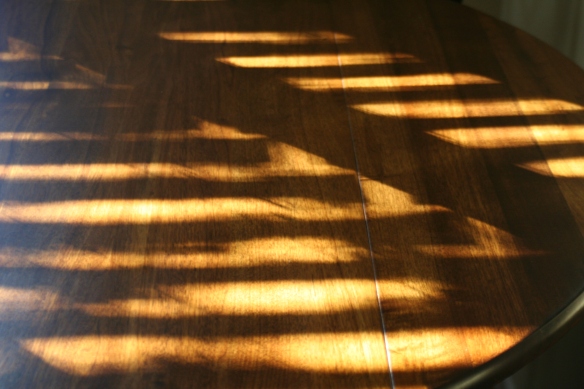 Why is it we are sometimes afraid of shadows? I believe it hinges on the object being illuminated. If we don’t know what or who is causing the shadow, this is when our imaginations can run wild. Many movies have used shadows to invoke fear in the hearts of the actor, as well as the viewers of the movie. Dark alleys, blowing trees at night, a cat racing across a darkened room, an arm raised with an object that looks like a knife…there are endless possibilities! 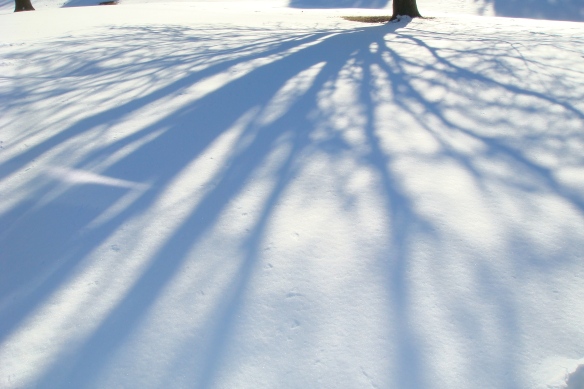 I have been ran over by my own shadow on many occasions. I have stepped on many shadows, as well. I’ve even had shadows follow me. But, I have never had a shadow hurt me. Besides making one feel scared at times, shadows can be fun…think of shadow animal figures projected on a wall. This form of art can become quite amusing. It is what’s in front of the shadow that we are really concerned about. A palm tree perhaps!