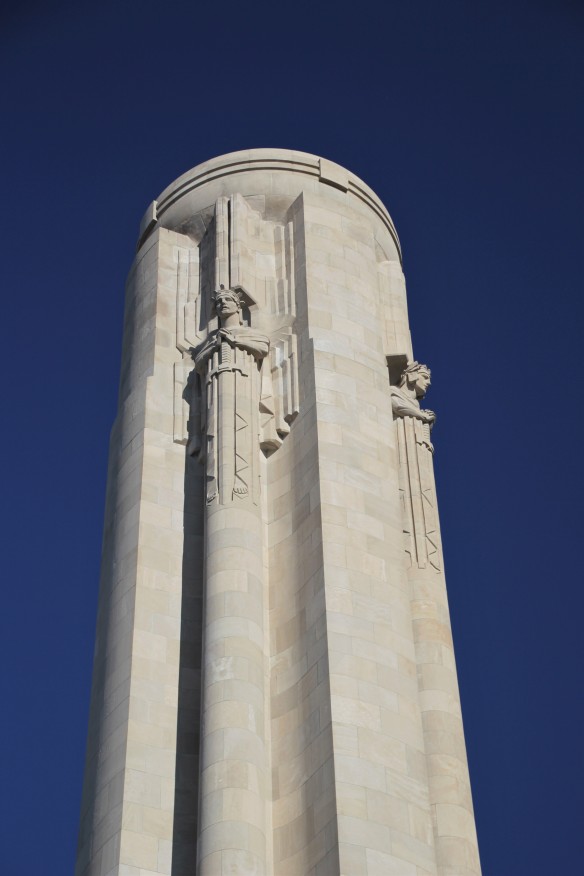 This 217 foot tall memorial and adjacent structures were completed in 1926. It was dedicated after the conclusion of WW I and is considered the American national memorial to the Great War. 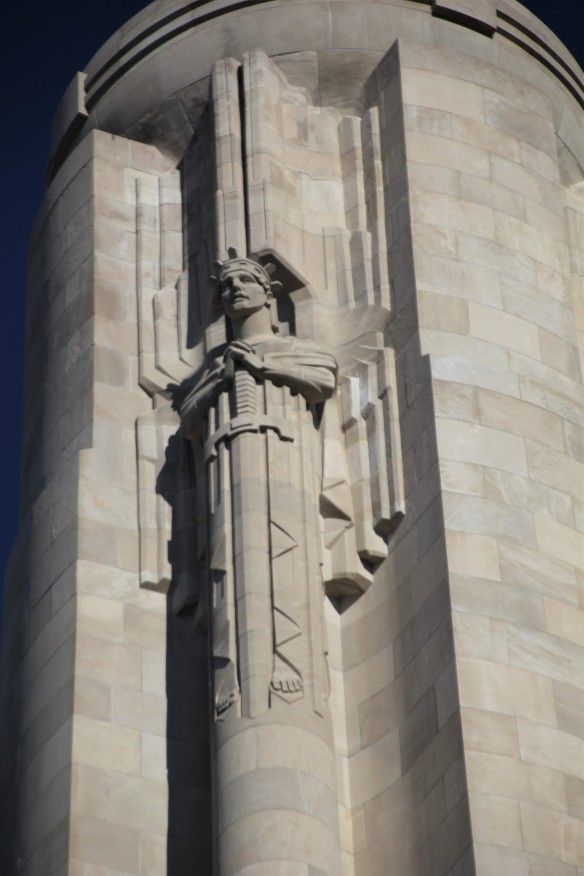 It stands on a hill across from Kansas City’s Union Rail Station. Generals and presidents from across the globe attended the commemoration ceremony along with over 100,000 local residents and visitors. This monument was refurbished and reinforced between 2000 and 2002. A world class museum was added underneath. 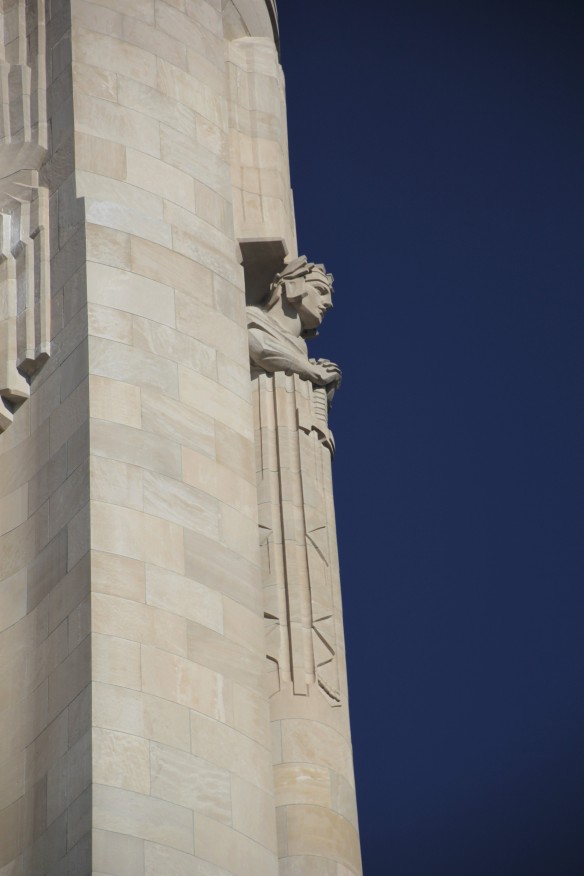 There are four protectors of peace which depict guardian spirits that watch over the memorial as designed and carved by Robert Aitken: honor, courage, patriotism and sacrifice. When created and for many years thereafter, there was a plume of illuminated steam which bellowed out of the top. This was quite dramatic to view from miles away and appeared to be flames of gas. 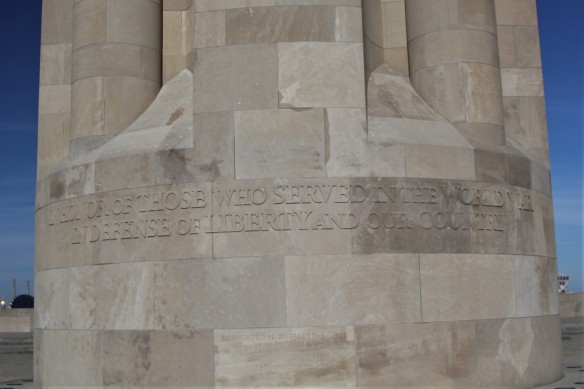 The next image is a sideways upper view just to reveal how tall 66 meters is when standing at its base. An elevator takes viewers to the top external walkway. I love the architectural lines and curves of the cylinder. 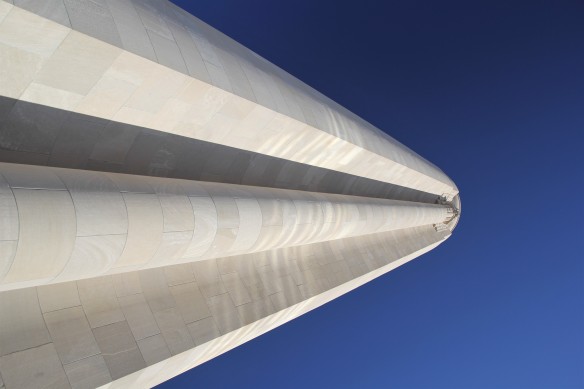 There are two concrete sphinxes which represent memory and future…hoping that this will be the last great war. The “future” sphinx faces west away from Europe and towards the future while “memory” shrouds her face from the past. Such is the symbolism as we are told. 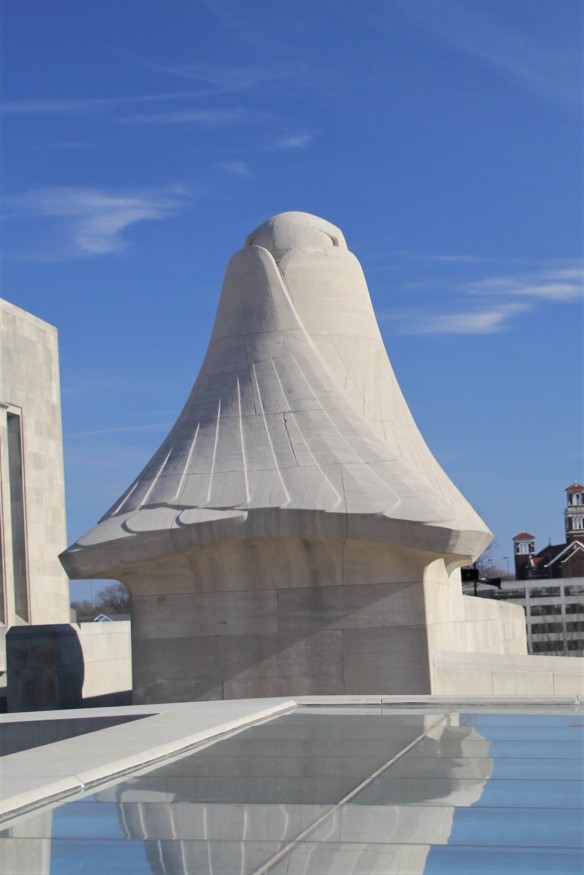 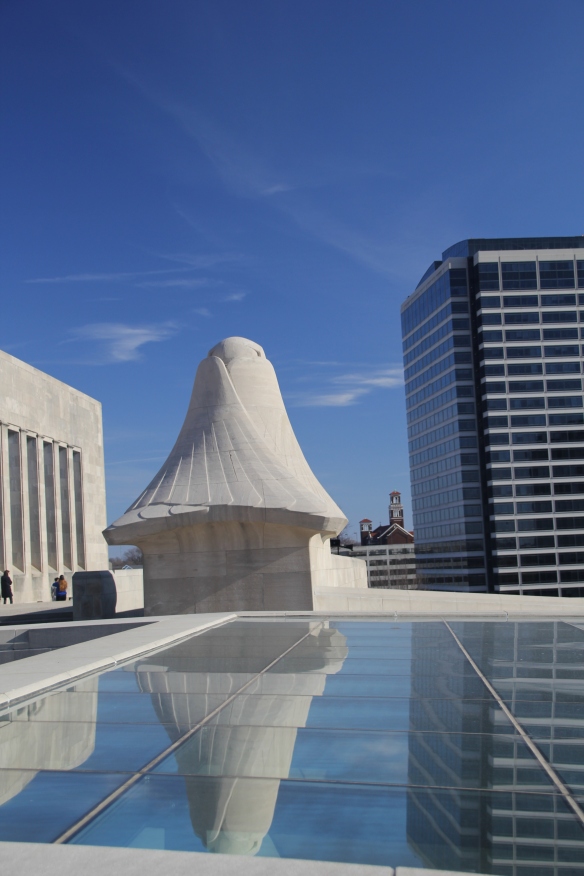