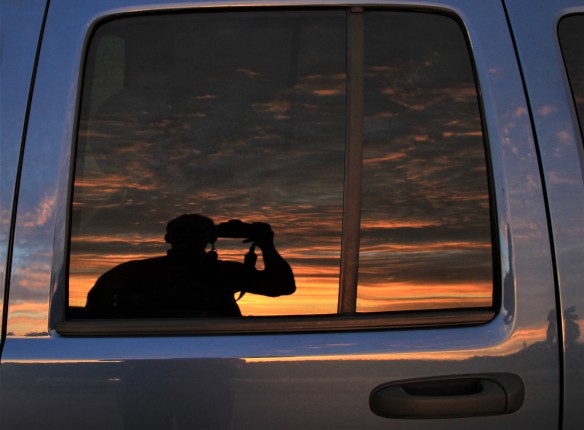 I’m a sucker for colorful sunrises and sunsets. The splendor of the Sun’s rays illuminating heaven and earth is quite inspirational…almost a spiritual experience for me.

Watching an Appalachian mountainside come to life or a golden ball drop from view into the ocean is enchanting. Living in the middle of America this geographic area has no mountains or oceans, but we still have magnificent sun rises and sun sets. We are located in an area where warm air bumps into cooler air regularly and clouds often develop. I enjoy clouds as much as the morning and evening light shows.

I recall as a child lying on my back and staring at clouds as they passed by. Usually with a friend or my sisters we would call out to one another the variety of shapes that resembled objects we were familiar with. Often, we would see animals and people’s profiles. Clouds could appear happy or sinister and would change quickly as they moved through the sky. Pure joy.

I recall a time where I was with a group of people and we hiked up to the top of an eleven thousand foot mountain. It was a bright day, but a storm was fast approaching. As the initial wave of clouds began passing over us I recall feeling so small and helpless. We were in an area of the Rockies where there are many Fourteeners. These huge mountain peaks and valleys which surrounded us became even more menacing as the large clouds passed by. Their shadows rolled over the rocky terrain effortlessly. As the wind increased and became much cooler I easily imagined how one could perish atop one of these peaks without proper clothing and shelter. It was intimidating.

The image above captures one of our colorful sun sets. I like taking reflective photographs occasionally and thought it fun to shoot the sky reflecting off my Jeep’s window along with my silhouette. It appears I am shooting myself with the camera. However, I can assure you that my Canon has no bullets, only buttons and dials.