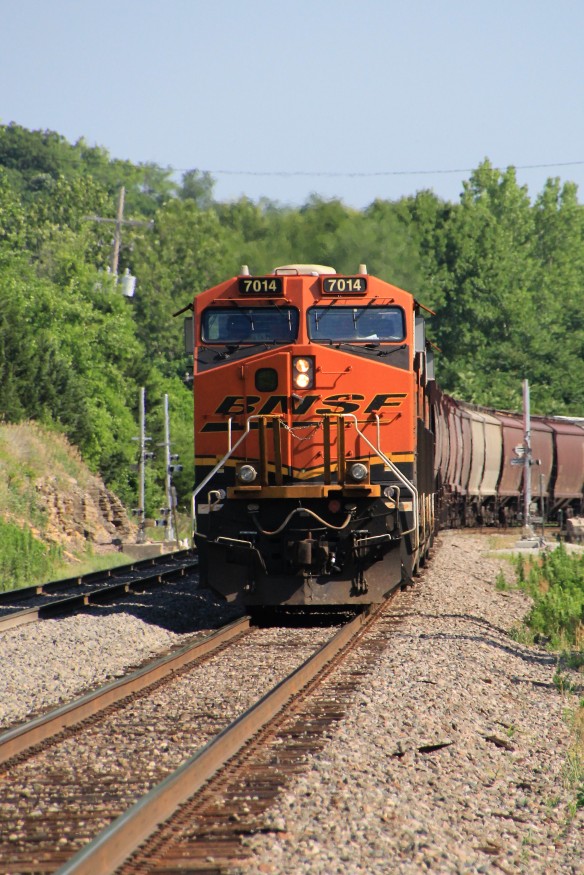 Back in my previous life as a locomotive engineer for the Santa Fe Railroad (now BNSF), I fell in awe of locomotives and trains in general. Although that was decades ago, I still love to hear the distant blare of air horns and feel the rumble of horsepower and wheels turning from these diesel-electric monsters. Yes, they burn fossil fuel unlike many transit trains on the east coast or in Europe, but there are three thousand miles to cover between New York and California which makes electric trains across America impractical. Besides, it is unlikely that electric locomotives can efficiently produce the horsepower needed to pull a 100 car coal or grain train. So, for now, diesel-electric is the main freight locomotive used in America, Canada and Mexico. 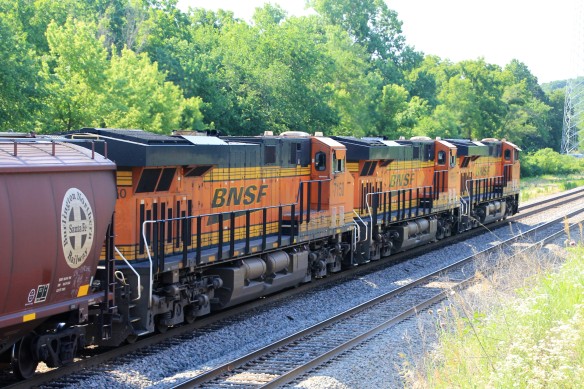 I had a difficult time coming up with a title for this post as there are so many good songs about trains and railroads that I wanted to use. Since I couldn’t make up my mind, I thought of Iron Horses as this was the name given by our Native American ancestors when they first encountered the steam locomotive. However, the rail-line linking of the east and west in 1869 had devastating consequences for their way of life so I didn’t want to celebrate a cool name with such negativity. The past cannot be changed, but there is no denying that the trans-continental movement of freight plays a huge role in almost every segment of our lives. 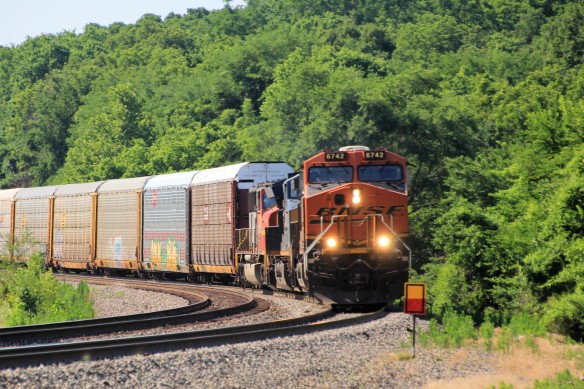 In the first two photographs, the westbound grain train is waiting for a mixed-freight eastbound train to pass so that it can proceed. There was track work being done east of here so trains had to share one track for a short distance. This double track runs from Chicago to San Bernadino and handles millions of tons of freight each year.

Cabooses were replaced by signalling devices which feed the engineer with vital information about the amount of compressed air in the brake lines at the end of the train. As the eastbound leaves us behind, the westbound starts his movement. Destination unknown, but it will be up to speed within a few miles.