My internet dictionary describes Cacophony as “a harsh, discordant mixture of sounds”. This term is often applied to an orchestra tuning their respective instruments before a concert. Each participant wants to achieve the best sound from the instrument as he or she plays it. From an audience’s point of view, it may sound a bit unorganized and odd. However, I like the warm-up and find it intriguing to listen to and watch.

For those of you who have children, grand children, nieces and nephews, you understand the definition of Cacophony! Crazy, fun, annoying, intolerable at times, but also a joyous sound during most moments. “Bless the little children”, said Jesus.

I could quite literally produce hundreds of photographs which would describe this word without using words. Life is just like that; a cacophony of experiences loud and soft, coherent and disconnected. This so-called chaos may come in the form of sound, as mentioned; visual, as represented in these two images; inner voices and / or confusing feelings, as so many of us have experienced; disturbing dreams; or experiences too baffling to explain. 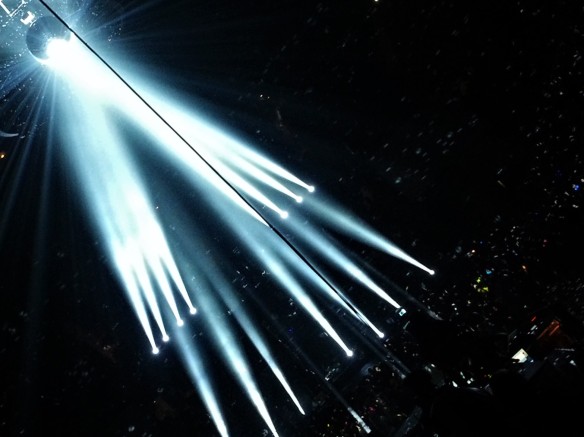 These photographs created a cacophony of sorts for me which included visual, audible and conflicting feelings. The photos were taken with my cell phone’s camera at a multi-band concert a few years ago. What seemed like chaos to me was simultaneously a joyful consensus of understanding and interpretation by many who attended this event. 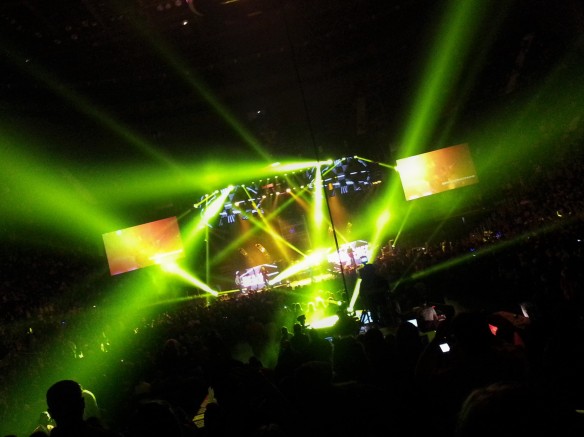 It seems to me that diversity is a key element to living a conflict free and satisfactory life…one without judgment or anger or fear. Also, a life with the freedom to chose what moves you. The cacophony of life can result in positive or negative experiences. As a favorite local artist of mine states on his business bookmark card, “Art is simple. You either like it or you don’t”. For me, Mike Savage summed up how we should live using this statement which presents itself as a philosophy for living. However, be gentle and kind when living-out this simple process. There should be no sense of judgement or condemnation.