Wheat has been called the Staff of Life for millennium, and for good reason. It is a food source which can be grown in various climate conditions, is relatively inexpensive compared to other grain crops, has a high protein count and other nutrient benefits.

However, it has increasingly been under attack due to the seemingly larger percentage of people who have one of several forms of gluten intolerance which can cause all sorts of health issues. I know several folks who have such an allergic reaction to wheat and it’s by-products, and that it can be a nuisance which is better avoided. On the other hand, it is a life saving grain to the majority of the world who don’t have an intolerance or simply don’t know they do. Personally, I believe the proliferation of gluten intolerance comes from the many years of genetically altering what was once a pure food source. Too bad for there are so many tasty foods made from this grain.

The following photographs show a wheat field in late May in eastern Kansas. The grains are actually planted during the winter and harvested in mid-summer-depending on the geographic location. The later photographs reveal what a mature wheat field looks like and the harvest of wheat. Although not a vast swath of land, this field is close to home and I happened to catch the combining at just the right time. The weather was perfect and the sunset certainly helped warm the already golden wheat. I hope you enjoy these images as much as I liked taking them in late June.

Since I don’t have a wheat-related allergy, all I can say is there is nothing much better than a freshly baked piece of homemade bread with a pad of real butter on it ! 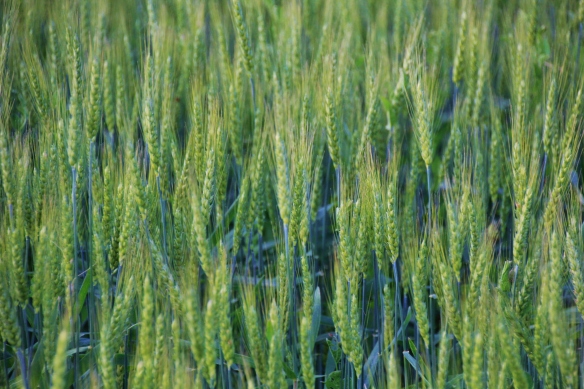 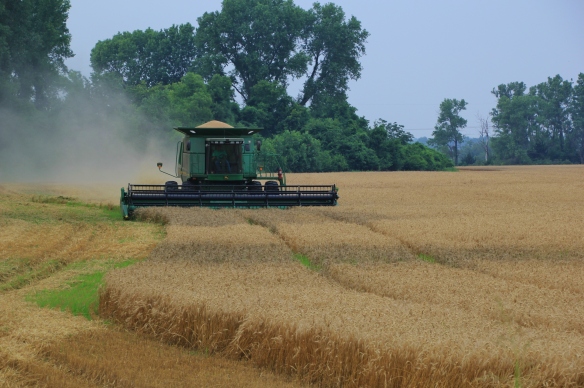 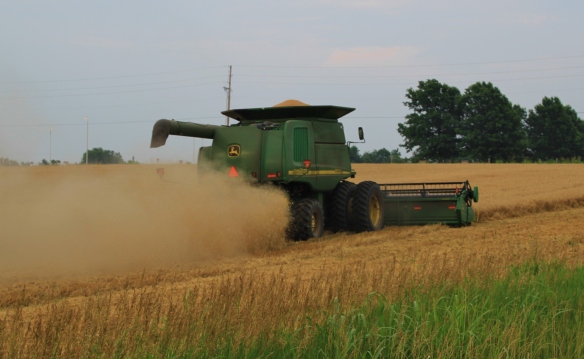